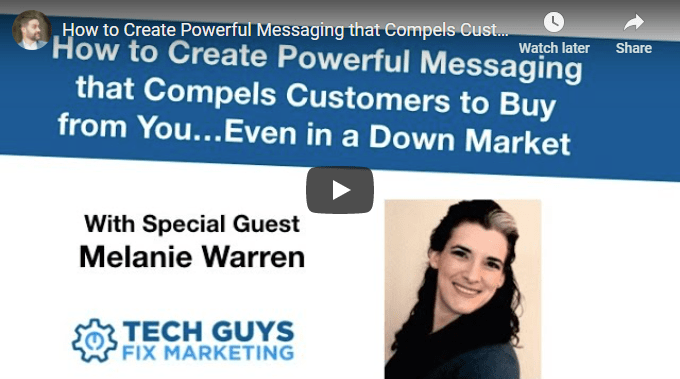 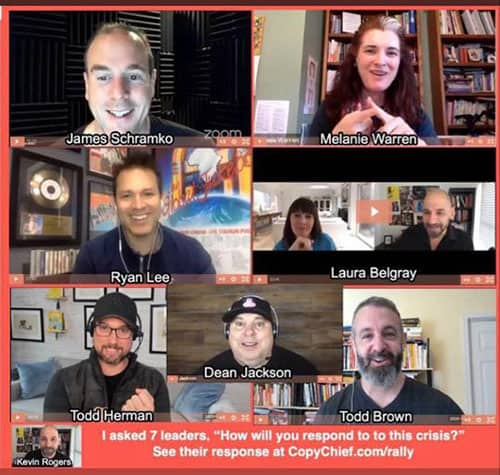 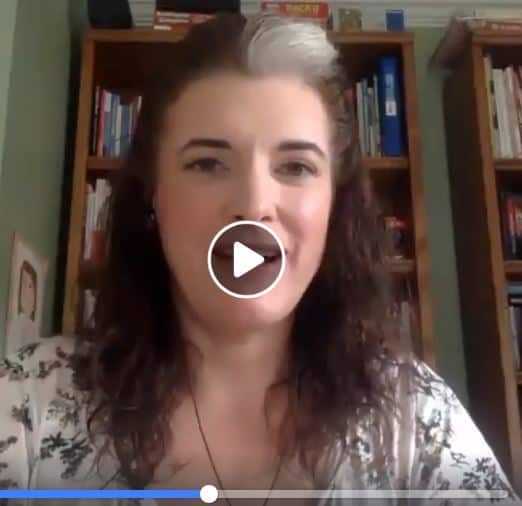 Melanie’s contribution to the conversation starts at minute 41

“Embracing our UNIQUENESS is good, and very NECESSARY as entrepreneurs, so we should do it early… and BOLDLY.

It starts with getting comfortable with VULNERABILITY.

Push yourself to do little things that we tend to avoid because they make us uncomfortable.

Perfect example, my friend Melanie Warren (whom I’ve had the privilege of mentoring for 5 years now), joined the Tribute to Dan Kennedy webinar I hosted last Friday.

I asked her the day before and she was a quick, “Yes!”

She’d be joining a panel of A-list celebrity leaders in our industry -, Dean Jackson, Brian Kurtz, David Deutsch, Marcella Allison, Lori Haller – as the lesser known face in the crowd.

Talk about a vulnerable situation!

She showed up 100% “Live Mic Ready” (a practice we use that means looking and sounding pro on mic or camera anytime the situation calls for it)… and did nothing short of steal the show.

Not by being the loudest, or talking the longest, or doing anything over-the-top.

In fact, she probably had the shortest segment, but what she did with her time on the mic stood out because it was “pure Melanie”… pithy, poignant, sincere, and thought provoking. All skills she would not consider “natural” but that she has grown into by putting herself out there and developing them by allowing herself to be vulnerable.” 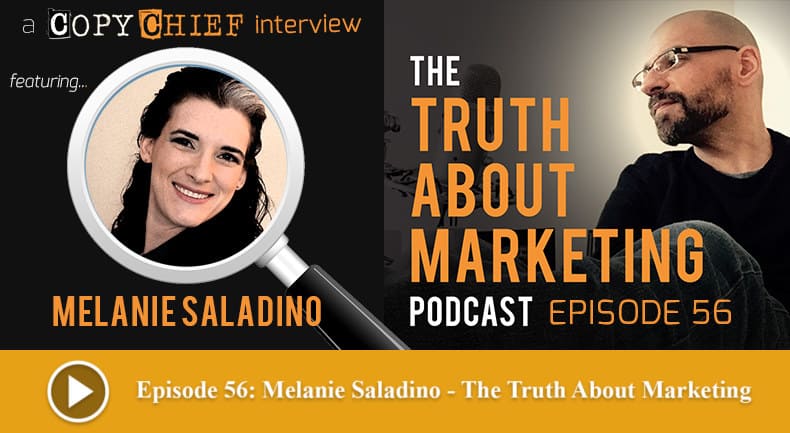 1:35: The copywriting cardinal rule for all marketers (and why failing to heed it is costing you a big ol’ pile of money).

3:05: How Melanie discovered an obscure book that helped her build a “no fail” system for capturing the hearts and minds of only the perfect customers.

6:00: What thousands of years of research (from the world’s most brilliant minds) teaches us about understanding your ideal customer better than their bartender or therapist.

7:10: Melanie pulls back the curtain to reveal her secret psych guide for copywriters. (Once you understand these 9 simple customer profiles, you’ll be able to sell to anyone — anytime!)

9:40: Kevin reads a haunting love letter from a soldier fighting on the frontlines of WWI, asking his sweetheart to marry him. (This is the power of truly compelling copy)

13:10: How you your brain is murdering your sales without you even realizing it.

20:00: Does Copy Chief have an identity crisis? Melanie surprises Kevin with why he may have picked the wrong market!

21:15: Melanie shares two surprising insights on the differences in men’s and women’s psychology. (Whatever you think the answer is, you’re wrong … and Kevin shares the story of a car salesman who surprisingly nailed this concept on the first try.)

26:30: Are you teaching valuable insights to your prospects? Or talking down to them? Why you need to stop being a dinosaur and catch up with the times.

28:30: How to make your customers relax and trust you … so they’re excited to become your newest happy customer.

Show bullets written by Carolynn Ananian. You can tweet her up at @carolynnanian

Copy Chief Radio: How to Fast Track Your Freelance Career

Copy Chief: My Favorite Place to Hang Out